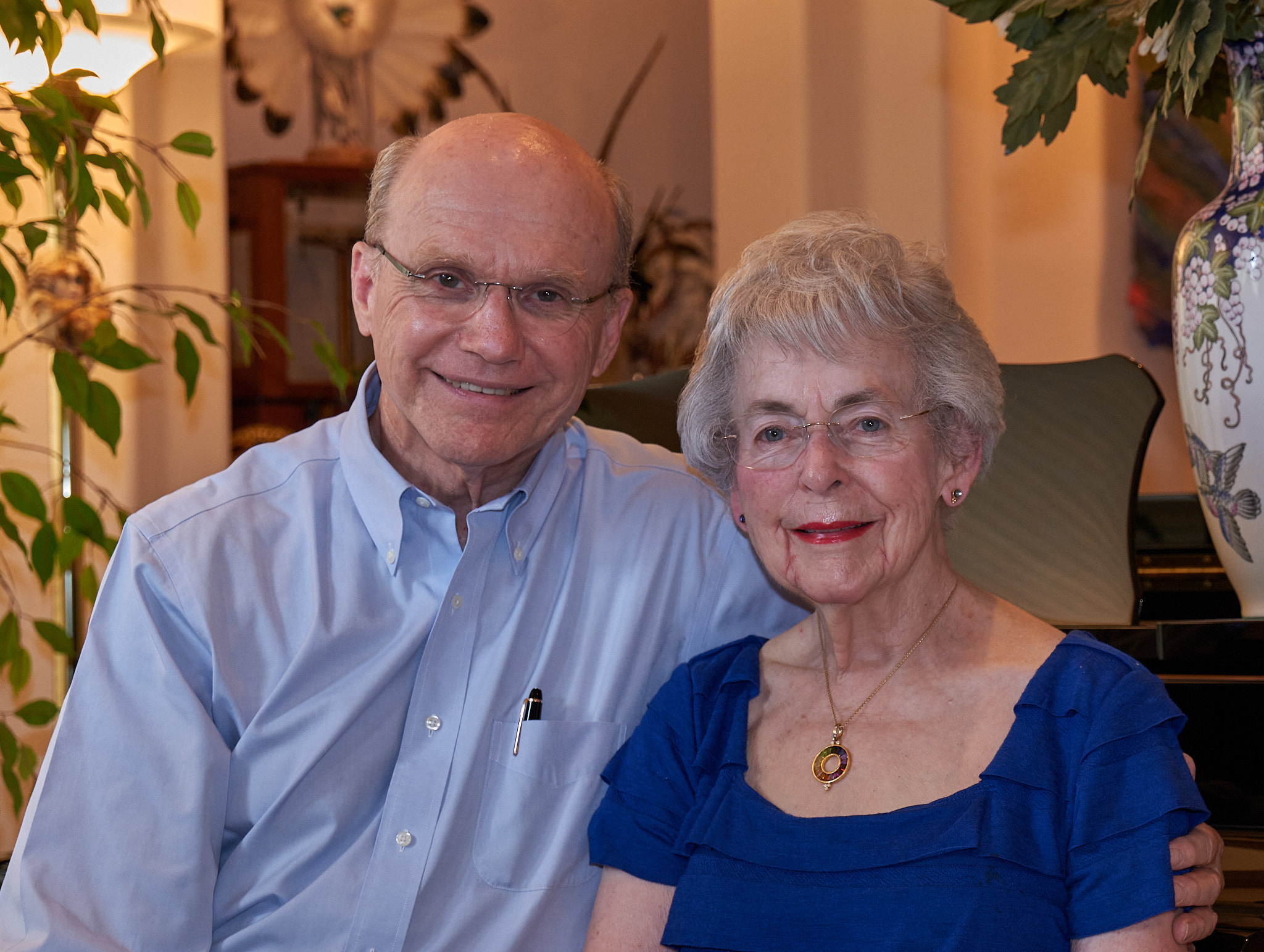 How long have you been KMFA members and how did you start listening?

We enjoy many forms of music, but especially classical. We were delighted to discover KMFA when considering our decision to move to Austin. We started listening to KMFA while on house-hunting trips in 1998 and became supporting members shortly after moving to Austin. KMFA not only enhances life in Austin, but it also serves as a testament to the priorities of the people who choose to call Austin home. Community support for a classical radio station, a world-class symphony, ballet, and opera all speak volumes about the people of Austin and the qualities of life that they cherish and foster.

What is your favorite program to listen to on KMFA?

JoAnn: My favorite program is Breakfast Blend. The sound of Emilio’s voice eases me gently from slumber each morning at 6:00 am. Rideshare with Sara Schneider is essential for us to endure the commute home from work through Austin’s notorious traffic. We will often tune in to Dianne Donovan’s Midday Oasis, and KMFA by Request often accompanies our dinner.

What is one of your all-time favorite pieces of music and why?

JoAnn: My favorite piece of music is Pachelbel’s Cannon in D as it brings back memories of my first solo flight while taking flying lessons. I also enjoy Gregorian Chant, which is one of the background sounds I use for meditation and therapy. It always facilitates relaxation and peacefulness for me. Ken enjoys just about anything from Bach (especially violin concertos), Mozart, Rachmaninoff, or Beethoven. Dvořák’s New World Symphony and Beethoven’s Sixth Symphony always bring back joyful memories, and we can’t forget Vivaldi’s Four Seasons. The list goes on—so it is especially great to just turn on KMFA and let someone else decide what to play—and delight in hearing something new.

Why do you choose to support KMFA?

We are happy to support KMFA because we believe in the importance of classical music and its effect on the minds and souls of its listeners.

About JoAnn and Kenneth

Kenneth and JoAnn Johnson moved to Austin in August of 1998. Ken was recruited for a position as Professor of Biochemistry in what is now the department of Molecular Biosciences at the University of Texas. JoAnn closed her very successful practice in clinical psychology in State College, PA to move to Texas. She holds a position as a Senior Research Associate at the University of Texas where she supports Ken’s work by managing their research lab and conducts her own research. Ken is the author of more than 200 research publications and a book on enzyme kinetic methods. He also owns a small business that manufactures scientific instruments that he designed.

Both JoAnn and Ken have children from previous marriages. Ken is the father of four daughters, while JoAnn is the mother of six children (four sons and two daughters) and has provided foster care for four other children. JoAnn has nine grandchildren and schedules frequent Zoom chats to stay in touch.

Ken is an avid photographer, an interest JoAnn has also enjoyed, especially on the adventure travel trips that JoAnn has organized each year. These trips range from Antarctica to the High Arctic, South America (including Patagonia), Indonesia, Macaronesia, Alaska, and numerous safaris to southern Africa. Trips to Europe and Japan have often been extensions of business travel. Their love of adventure travel has provided many venues for them to photograph.

JoAnn enjoys gardening while Ken contributes sweat equity to the endeavor. JoAnn is also a gourmet cook while Ken is fortunate to serve as master taste tester. JoAnn also enjoys knitting and embroidery. Ken is a skilled woodworker focusing recently on woodturning since an afternoon is sufficient time to complete a bowl or platter out of exotic woods.