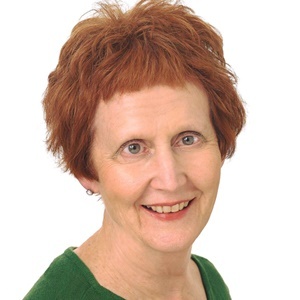 ANN HUME WILSON TO RETIRE AS PRESIDENT AND GENERAL MANAGER OF KMFA CLASSICAL 89.5 END OF 2022

(AUSTIN, Texas) – KMFA Classical 89.5 announces that, after almost ten years as its President and General Manager, Ann Hume Wilson will retire at the end of this year.

“With KMFA’s new home completed, and a new strategic plan initiated, it’s an ideal time to pass the baton to a new leader,” said Wilson. “KMFA looks very different now than it did ten years ago, and I am honored to have had a hand in its growth and transformation, and to have experienced such support from the board, staff and community in growing this institution we all love deeply.”

The end of 2022 will bring Wilson’s decade of leadership that began in October 2012 to a close. In that time, she has led the 55-year-old station through many transformative strategic initiatives.

The capstone of her tenure was the opening of KMFA’s permanent new home, a purpose-built facility in East Austin for which KMFA raised $10.5 million entirely from community supporters, one of the largest capital campaigns in the history of classical radio. The two-story facility includes the Draylen Mason Music Studio, broadcasting studios, hands-on-learning areas, one of the largest classical music libraries in the state, and community gathering spaces.

Wilson has expanded service to the local community with “Listen Local,” a series showcasing Austin-area classical organizations. She has built strong partnerships in the K-12 education community, such as an annual instrument drive co-sponsored with Austin Soundwaves and, in the new space, ongoing tours and musical experiences with underserved schools in East Austin. At the same time, KMFA’s national footprint has grown with its first syndicated program, “Early Music Now,” currently heard across the country in more than 100 communities.

For its 50th anniversary in 2017, Wilson introduced a new branding platform, “On Key, Offbeat,” to emphasize the distinctive place of classical music on the Austin radio dial. Brand elements included a redesigned website, a “5 Offbeat Things” event newsletter, and a new app featuring Sounds of Austin—a playlist of classical works mapped to major Austin tourist and cultural destinations.

Wilson strengthened KMFA’s commitment to diversity, equity and inclusion at the board level, growing minority representation from 6% to 20% in five years, as well as at the staff level, with two young Latino men now heard in its on-air lineup. In 2022, KMFA launched an annual composer-in-residence program to commission, record and distribute new music for radio from under-represented composers.

"It will be difficult to replace Ann as she has contributed so much that cannot be replicated. Yet, we are excited to find the next leader who will build upon the successes of these past 55 years and more so these past 10 led by Ann. Thank you to Ann for her leadership, the team she has built, a strong Board, and her commitment to listeners and supporters,” said KMFA Board Chair, Soriya Estes. “Together, we work to cultivate and grow a more diverse audience across multiple platforms and increase our community presence and KMFA’s role as a key convener and influencer in Austin’s cultural ecosystem.”

With the adoption of its new strategic plan in June 2022, KMFA has identified new opportunities for growth in service, revenue, and digital innovation, with an eye to increasing the diversity of a younger audience for the future. In her remaining 7 months at KFMA, Wilson will lay groundwork for her successor with a major audience research project and will work with board and staff to launch a $2.5M endowment campaign to support the new building and future innovations.

In nearly five decades of arts marketing and management, Wilson has worked in virtually every arts discipline. She was Marketing Director for the Atlanta Symphony Orchestra, Spoleto Festival USA, the High Museum of Art in Atlanta, and the Walters Art Museum in Baltimore. Recruited by the University of Texas as Associate Director of the Blanton Museum of Art, she oversaw branding, visitor service, and marketing for the Blanton’s 2006 grand opening, later serving as Interim Director. Before joining KMFA she was Executive Director of Conspirare, where she eliminated a six-figure deficit while raising funds for numerous recordings and the group’s first tour of France.

Wilson is a Phi Beta Kappa graduate of Georgetown University and holds a master’s degree in organizational leadership and ethics from St. Edward’s University. She serves on the board of Golden Hornet, the cutting-edge music group led by Graham Reynolds, and was a member of the Texas Performing Arts Classical Music Task Force funded by the Mellon Foundation to explore issues of accessibility and audience development. She also participated as a station leader in “Classical Music Rising,” a Mellon Foundation initiative that brought classical radio stations together from around the country to develop collaborative ways to bring new audiences to classical music.

Ann and her husband, Evan, plan to remain in Austin.

The KMFA Board of Directors has convened a search committee of five board members who will engage the KMFA team, listeners, donors, and community members in the search process. The committee has selected Koya Partners, an executive search firm specializing in mission-driven leadership, to conduct a national search for Wilson’s successor.  For information about the upcoming search, email kmfaceo@koyapartners.com.

KMFA 89.5 is an independent public classical radio station in Austin, TX. Established in 1967, KMFA serves approximately 120,000 listeners each week with locally curated playlists and special-interest programs such as Classical Austin, Early Music Now, and From The Butler School, as well as superb national programs such as the Metropolitan Opera broadcasts, Concierto, and Feminine Fusion.