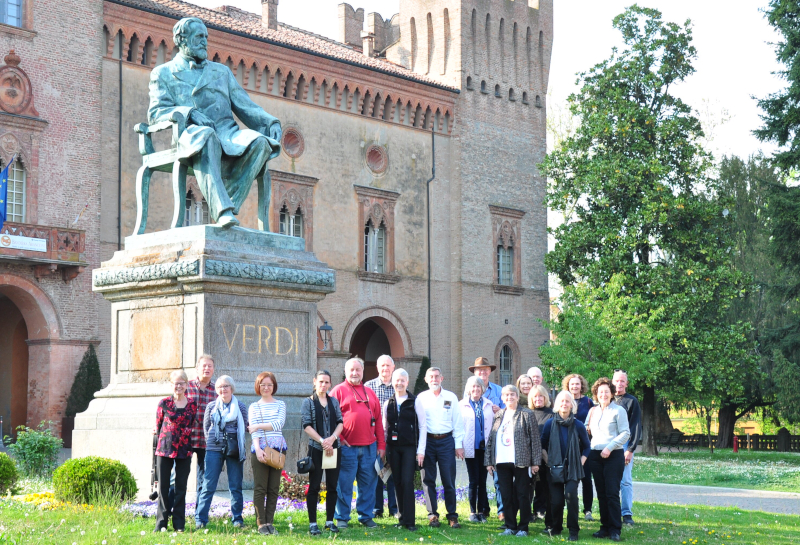 KMFA's Midday Oasis host Dianne Donovan took part in our travel program trip to Italy this April. Read about her adventure below, and register for our trip to Santa Fe this summer to join us on the next musical tour!

Every day was an adventure of sights and sounds, camaraderie, and of course, food!

Milan—Within our first 24 hours, we had our first supper and saw The Last Supper. That first supper, by the way, was a sumptuous feast in the Don Carlos Restaurant, situated in the Grand Hotel where Verdi died. So beloved was he that in his final days crowds stood outside in vigil, and the officials laid straw on the street to muffle the sounds of the horses and carriages.

Viva Verdi! Yes, he is everywhere in Milan. The tour of Casa Verdi (a gorgeous estate for retired musicians) gave us an even deeper appreciation of this artist as a humanitarian.

We were dazzled by the spectacle of a new production of Puccini’s Manon Lescaut at La Scala, and wondered how KMFA had managed to have the great diva Renata Scotto in the audience with us! 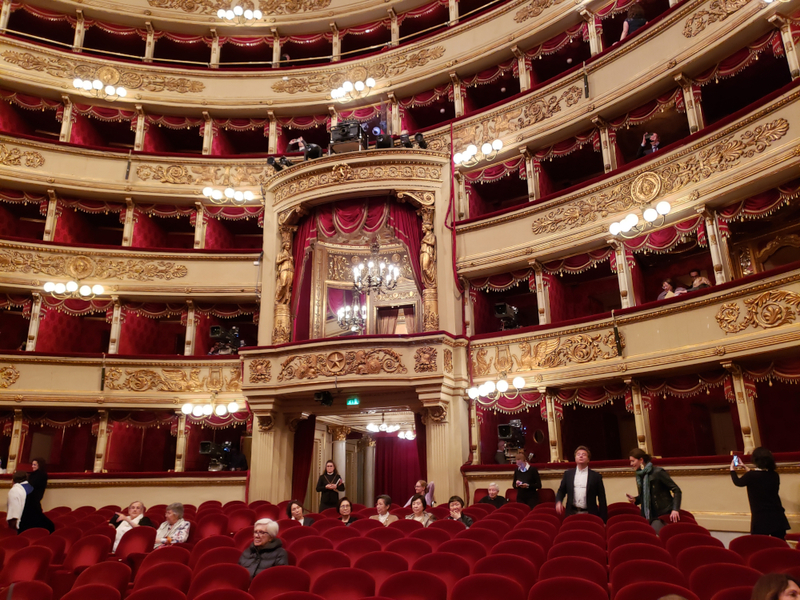 Another surprise was getting to see what may well be the last sculpture (a work left in progress) by Michelangelo, the “Rondanini Pietà.”

I had heard a rumor from several of our travelers that there is a lot of fashion to be had in Milan, but honestly, how would one find the time?

In Parma we thoroughly enjoyed Giordano’s Andrea Chenier at the Teatro Reggio, which featured the fabulous tenor Martin Muehle, and we visited the modest birthplace of the great conductor Arturo Toscanini, Casa Toscanini.

Corregio’s frescoes at the Duomo took our breath away, but we got it back in time to enjoy lunch at the Gallo d’Oro.

We also ventured to Sant’Agata for a tour of Verdi’s lovely country estate, where Verdi (Italian for green) exercised his green thumb.

As much as we were all looking forward to the Florence leg of the trip, we were a little sad to leave Parma and Reggio Emilia; we loved the smaller cities and the slightly slower pace and still had plenty to enjoy. It was the perfect re-charge.

However, on our way to Florence we consoled ourselves (haha) with a wee stop in Lucca, the birthplace of Puccini. We sampled some of the savory delicacies that the maestro himself would have enjoyed at the Buca di Sant’Antoni, where I received an after-dinner kiss from the chef himself. 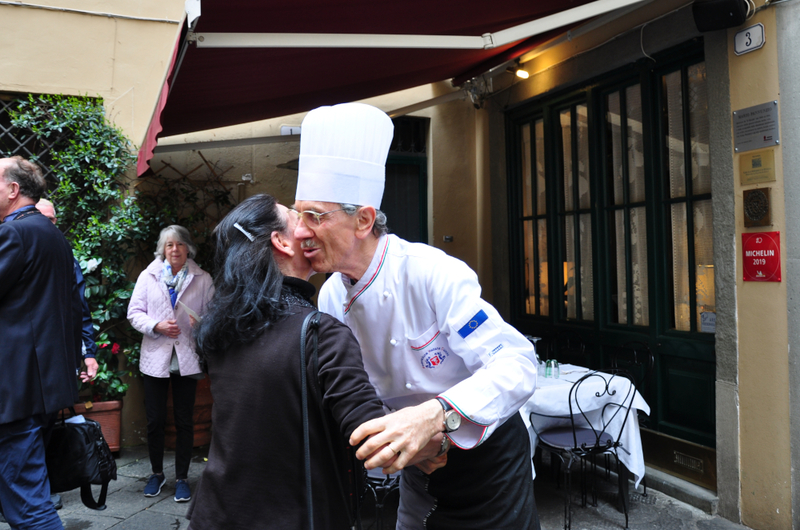 From the moment we arrived at our hotel in Florence, we knew that this part of the journey would be as spectacular as the rest. With direct views of the ornate facade of the historic Santa Maria Novella, one was hard-pressed to leave one’s room.

They say that “everything is bigger in Texas,” but Florence just might give Texas a run for its money, at least when it comes to the Duomo and Michelangelo’s statue of David. There was more breathtaking art to see at the Uffizi (Giotto, Botticelli, Caravaggio and more). No wonder some folks faint after being overwhelmed by the art and beauty in this city!

On our first night in Florence, we heard Mahler’s Symphony No. 8, the "Symphony of a Thousand." It was performed by the Orchestra of the Maggio Musicale at the Opera di Firenze, conducted by Fabio Luisi (the new Director of the Dallas Symphony). On our last night, we returned to catch their performance of the glorious Mahler Symphony No. 5 and were honored to go backstage afterwards and meet the maestro.

We capped off that final concert with another 4-star meal at the celebrated Ristorante Cibreo, where the only thing that flowed more than the wine was the stories: the telling and re-telling of some of our favorite moments of the trip. We also toasted our guide, Dr. James McKenzie-Hall, and Peter Strauss of The Grand Tour who helped plan our trip. All of our local guides were top-notch.

There were many more fine meals, outstanding concerts, and awe-inspiring artworks and architecture, too numerous to mention in this “thumbnail sketch.”

Italy Bella was a true feast for all the senses, but I have to say that much of the enjoyment came from getting to know this group of KMFA travelers. They were interesting and interested, helpful, funny, and they always comported themselves with good humor, grace, and aplomb.